News that you will not likely see in our state/corporate-controlled media. Populist movements are gaining momentum all across Europe. Over the last couple of years there have been growing protests against the rise of fanatical Islam in Germany. The United Kingdom Independence Party (UKIP) has performed surprisingly well in recent elections in the UK. Fueled with money from oil sheiks and international financial interests, extremist elements have been using corrupt politicians in western countries to undermine traditional western values and representative democratic political systems for decades and people are beginning to rebel against it in large numbers. In the US, both the Democratic and Republican Parties have been infiltrated and corrupted and the leaderships of both parties are now working fairly openly against the interests of ordinary Americans.

In case you want to protest and you live in the area. President Obama will travel to the Maguire-Dix-Lakehurst military base in New Jersey on Monday. The base is about 15-20 miles southeast of Trenton New Jersey. His arrival time is not known. Should be prepared to come early and stay for a long time. Suggest protesting at the front entrance of the Air Base.

Many of the service men and women will love to see protesters outside their main gate.

These are videos of recent protests of Obama visits in Las Vegas and Nashville. 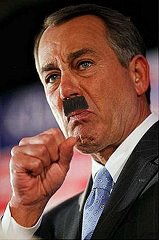 Obama has told so many whopping lies already that who can think his number of 4.5 million illegal aliens to receive amnesty is anywhere near accurate and will not ultimately be a much larger number by several multiples. In the end he plans to make all of the illegal aliens legal residents and eventually citizens. This would amount to several several tens of millions. If he can decree this year that many millions are legal residents, grant them work documents and many special benefits, he can decree next year that they are eligible for citizenship. The legalization of… 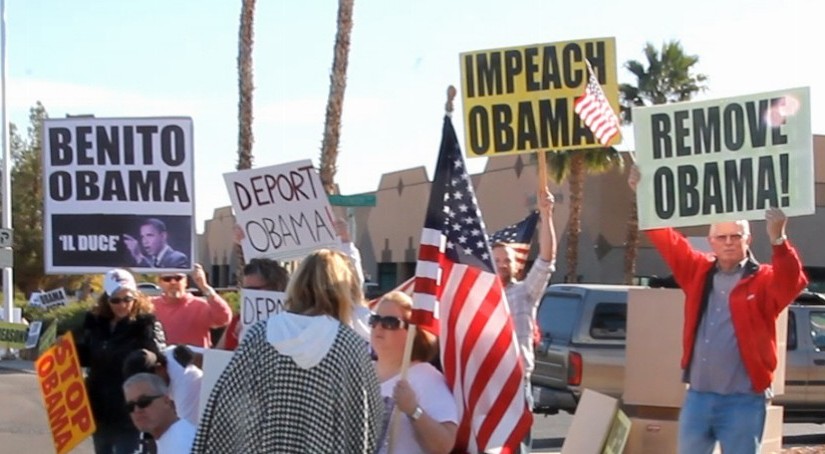 King Wannabe Obama I will visit Nashville, Tennessee next Tuesday. Obama will be delivering a speech on his illegal and unconstitutional dictated amnesty. A protest is planned for the event. Everyone is requested to join in. In recent months Obama’s visits to Tennessee have drawn hundreds of protesters. Come on, Nashville, home of Country Music and a real American president, Andrew Jackson. Do us proud.

President Obama to give immigration speech in Nashville

Ben Cunningham is a/the local organizer in Nashville. He also organized the protest of Obama’s last visit in January, 2014, which drew 150 protesters.

Casa Azafran is a Government- and non-profit-funded center for assisting immigrants, presumably including illegal “immigrants.” Therefore, it is a center of lawlessness. Aiding and abetting illegal aliens is a…

Robin Hvidston of We The People Rising is interviewed by Graham Ledger on the Daily Ledger about the large Anti-Amnesty / Impeach Obama protest in Las Vegas On 21 November, 2014. The protest was held in front of Del Sol high school where Obama gave a speech celebrating his illegal Amnesty decree at Del Sol High School. 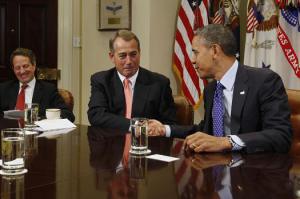 Sometimes they shake underneath the table, too. It just seems that Boehner and Obama have made an under-the-table agreement to pass amnesty by Obama’s diktat. Sure Boehner complains somewhat bitterly and gives the Constitution lip service, but he is not taking effective steps to stop Obama. Watch what he does, not what he says. Boehner’s lawsuits are just a waste of time and money, designed to kick the ball down the road until people forget and it is too late to do anything about Obama’s usurpation.

The international financial backers of both Parties want Amnesty. Their financial string-pullers do not give a damn for the Constitution and the Rule of Law. These things are just in their way. Do not expect Boehner to reverse Obama’s illegal amnesty or those additional dictated phases of wider amnesty yet to come. It is not just that illegal aliens will be cheap workers and…

Graham Ledger of One America News Network gets to the point. He says that Obama clearly knows that his executive amnesty is illegal and that he is a compulsive psychopathic liar and a narcissist. He lies in order to manipulate. He criticizes here Obama’s appearance before the National Council of La Raza. La Raza is part of the Chicano nationalist movement, which holds that Latinos have a mystical destiny to take over and control the Southwestern United States.

The financial interests that control our leading politicians, Republican and Democrat, do not want Obama impeached and they are glad that he is shredding the Constitution. Trey Gowdy publicly reveals here that he is willing to serve as the water-boy for the the RINO Party Bosses, who do not give a damn about the Constitution and the rule of law and want an unconstitutional, dictated amnesty to go forward. Reagan used to say all options are on the table, during any negotiation. Gowdy and his string-pullers are trying to take impeachment off the table, the most powerful tool we have to make Obama respect the Constitution and the Law. We have a fight on our hands with the corrupt Republican Party leadership, as well as the Democratic leadership. They are the two faces of the same corroded coin of bi-partisan plutocracy. This fight is not Republican versus Democrat, but The…

Nelson Mandela founded MK Honto, aka UmkHonto we Sizwe, (Spear of the Nation) the armed, terrorist branch of the African National Congress (ANC). This clip shows video of Barack Obama paying tribute to Nelson Mandala and also some images of the terrorist campaign in South Africa that was led by Mandela’s terrorist group. Years of massive waves of illegal immigration preceded the terrorism in South Africa, producing chaos and swamping the system. Mandela, was a communist, who has been romanticized and the history of his terrorist group has been sanitized by the media and politicians. Mandela has never been blamed for this terrorism that his group carried out and he is held in public memory now as a kind of saint.

How to be a Good Communist, an essay by Nelson Mandela

Mass Ebola Infection Route Much has already been written already about the potential of using Ebola as a terrorist weapon, just Google it. Both the US and Soviet Union considered it for use as a bio-weapon. The Japanese Cult Aum Shinrikyo tried to obtain Ebola for use as a terrorist weapon before they bombed the Japanese subways with Sarin Gas. The cult sent a team of people to Africa, but they were unable to obtain samples of the virus. Now Ebola is widespread in Africa and readily available for terrorist groups to obtain, especially for jihadists, who do not fear dying in the attempt.

Many have concluded that it would be difficult for terrorists to spread Ebola widely in the US and that a country with a strong medical system would react quickly and stop the spread of the disease caused by a few terrorists intentionally infecting the public. Our…