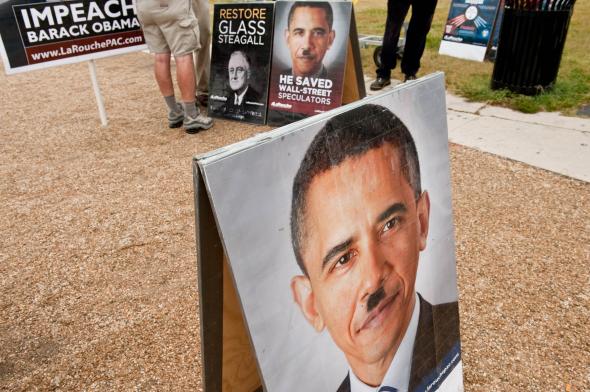 The Democratic Party of Texas would have, as a standard-bearer for federal office, a woman running on an “impeach Obama” and “oppose the British empire” platform; a woman whose supporters show up to basically any political rally in driving distance with signs that portray the president as Adolf Hitler.