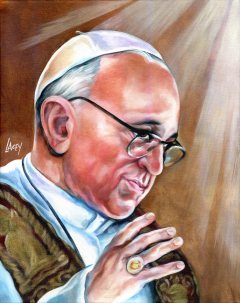 Pope Benedict was the brains behind the Church’s role in the collapse of Communism in Eastern Europe.  Popes usually die in office in recent history. Looks like Pope Benedict was forced out and replaced by a different agenda, Pope Francis. Have the Luciferians taken over the Vatican? Read more here…

Hard questions about Francis in Argentina and a lesson from Chile

Obama says he is “hugely impressed” with the Pope Francis, not a good sign for a Pope, to be praised by the anti-Christian Obama.

One thought on “Pope Francis, a Fan of Liberation Theology?”